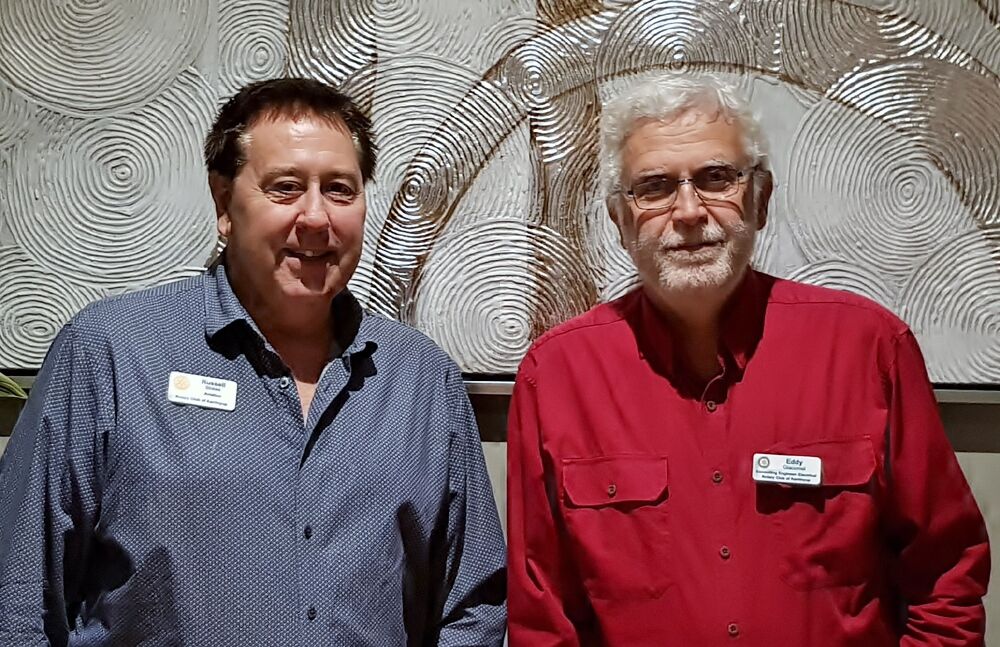 Russell Stokes introduced Eddy Giacomel, a member of the Rotary Club of Karrinyup to give a presentation on “Some Non-technical Challenges of Technological Change”.

All Western Australians will be familiar with the “Goldfields Water Supply Scheme” that built Mundaring Weir and the then longest pipeline in the world at the beginning of the 20th century.  We would also be aware of the suicide of the chief engineer Charles Yelverton O’Connor, driven to his death by the relentless and baseless criticism by the WA Parliament and the press.

In the late 19th century in North America, Thomas Edison ran a misinformation campaign to protect his DC electricity business.  This campaign became known as the “War of the Currents” and involved the public electrocution of dogs and calves and the development of the “electric chair” to electrocute humans for capital punishment. The objective of this scare campaign was to discredit the emerging AC electricity business being developed by his rivals George Westinghouse and Nikola Tesla (“The man who invented the 20th Century”).

These historical examples help us understand that confusion, misinformation campaigns, baseless claims, political opportunism and self-interest are not new phenomena.  History helps us understand the (so called) “discussion” around the current topics of renewable energy and climate change.

In a 1948 speech to the House of Commons, Winston Churchill paraphrased Spanish philosopher Santayana when he said 'Those who fail to learn from history are condemned to repeat it.'  It benefits us all to keep an open mind.

View all of Eddy's presentation.