Login to view the Rosters and Running Sheets 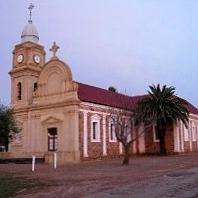 In 1846 two Spanish monks of the Order of Saint Benedict, arrived in Western Australia with the intention of becoming missionaries. Over many decades they established a farm, developed a successful mission, built a monastery, and in later years boarding schools for girls and boys were constructed. Secondary education programs were delivered at New Norcia until December 1991 when the New Norcia Catholic College eventually ceased operation.

The Town is popular with tourists and school groups The architecture provides opportunities for keen photographers, as the Spanish influence extends to the buildings as well as in the chapels in the schools and the Monastery.

Roy Stall’s first experience in New Norcia was as a first year high school student. Decades later he returned as an occasional tour guide, escorting groups on two-hour walking tours. Over the years he learned much about the history.

Add to My Calendar