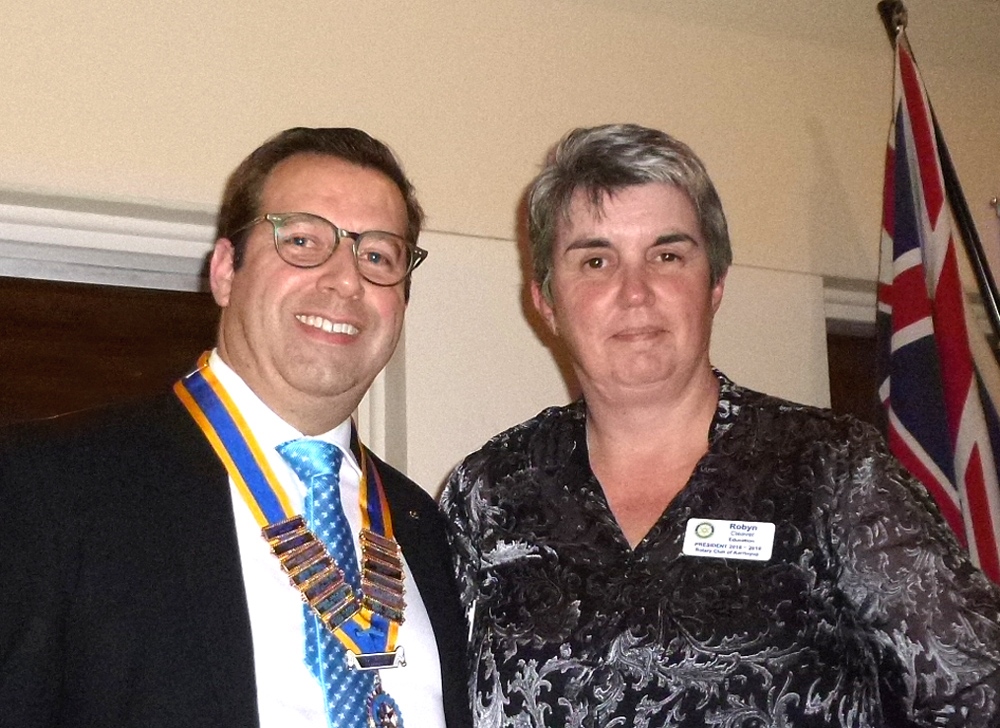 President Robyn Cleaver called President-Elect Richard Prunster to the podium and inducted him as the forty-fifth president of the Rotary Club of Karrinyup.  She stated the club was confident Richard would carry out his tasks with the same zeal he has always shown in Rotary and that he was assured of the utmost cooperation from every one of the club members.

She then handed over the Rotary Club of Karrinyup Presidential Chain of Office to Richard, congratulated him and wished him a happy and rewarding year.

President Richard then addressed members and guests. He congratulated Robyn on a successful year as the Club’s 45th President. He announced that our focus during the 2019-2020 Rotary year will be on the contemporary impact areas in our community of Diversity, Inclusion and the Environment. He stated that diversity represents the full spectrum of human demographic differences, while inclusion referred to a cultural and environmental feeling of belonging. As a club we can reach out to the needs of more marginalised or disadvantaged groups in society that need assistance and nurturing.

He also noted that in recent times, the world has witnessed young people unanimously voice their concern for the environment and how societies globally have not prioritised this for their future.  As a club, we will consider how we can form links with young people and get Club members involved in this global concern. He stated that it was also timely that the Club commence exploration and planning for a significant “Golden” project to commemorate its 50th years and introduced that a specific Committee will work over the next four years to bring the “Golden Project” to a reality.

President Richard then presented those of his Board of Directors for the 2019 - 2020 year, who were in attendance and apologised for those who were currently out of the State. These members together with Jenni Wilke, as Membership Coordinator and Peter Durrant, who continues as Coordinator for The Rotary Foundation, will take on the responsibility and care of the club during this Rotary year.