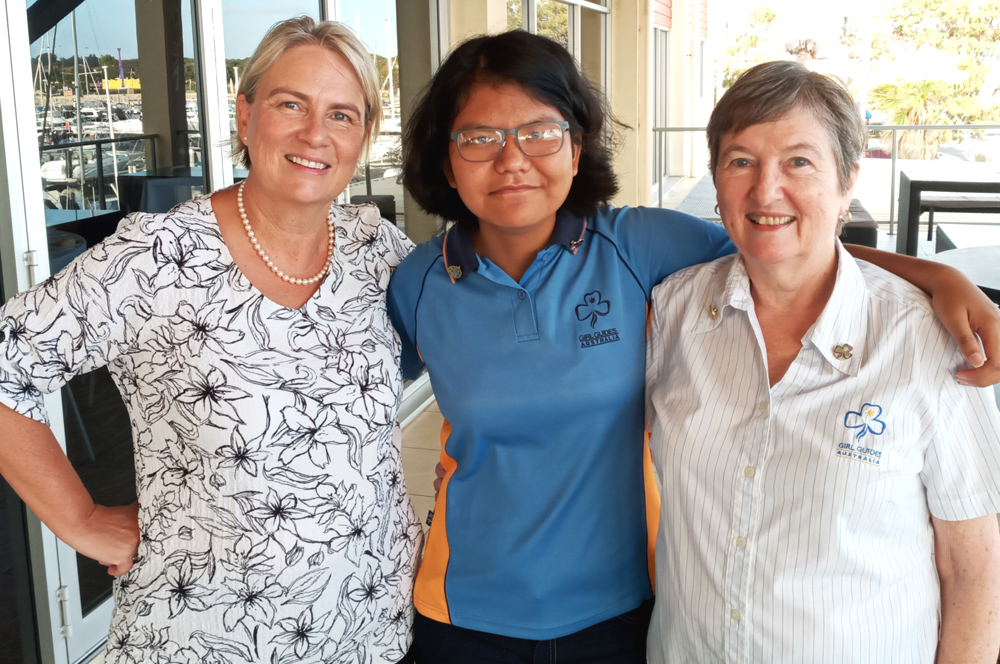 Youth Director, Trish Lynch introduced Janet Garcia-Webb to discuss the GLOW (Girls Leading Our World) program within Girl Guides.  Girl Guides was founded over a century ago and now has 10 million members in 150 countries.  Girl Guides aims to assist girls to empower girls and young women to grow into confident, self-respecting members of the community and to develop confidence and life skills with the philosophy of “learning by doing”.

Leederville GLOW Girl Guides is based at Aranmore Catholic College and caters to girls of refugee families. It is designed to introduce the girls to guiding so they can hopefully join other mainstream local units.  A separate program within Girl Guides has been found to be necessary because the girls that benefit from the program come from diverse backgrounds and don’t integrate easily in the mainstream program.

GLOW was started in Victoria and brought into Western Australia with the aim of assisting girls from refugee backgrounds develop confidence and life skills.  GLOW is now provided only in two Australian states, Victoria and since 2018 in WA.

Janet described her personal journey through Girl Guides, starting at the age of 10½ in Australia and moving to Lebanon at the age of 12 with her parents.  With commitment and passion, Janet has kept the program going in WA in the face of the usual challenges of funding, recruiting volunteers and organisational duties. Lotteries West has provided some funding, but now the program is seeking alternative funding.

Janet introduced GLOW member Bettie who was sponsored by the Rotary Club of Karrinyup to attend a Girl Guide Camp with the Wembley Unit run by Elise's host mum, Anne. Bettie spoke briefly and thanked the Rotary Club for the opportunity afforded to her.