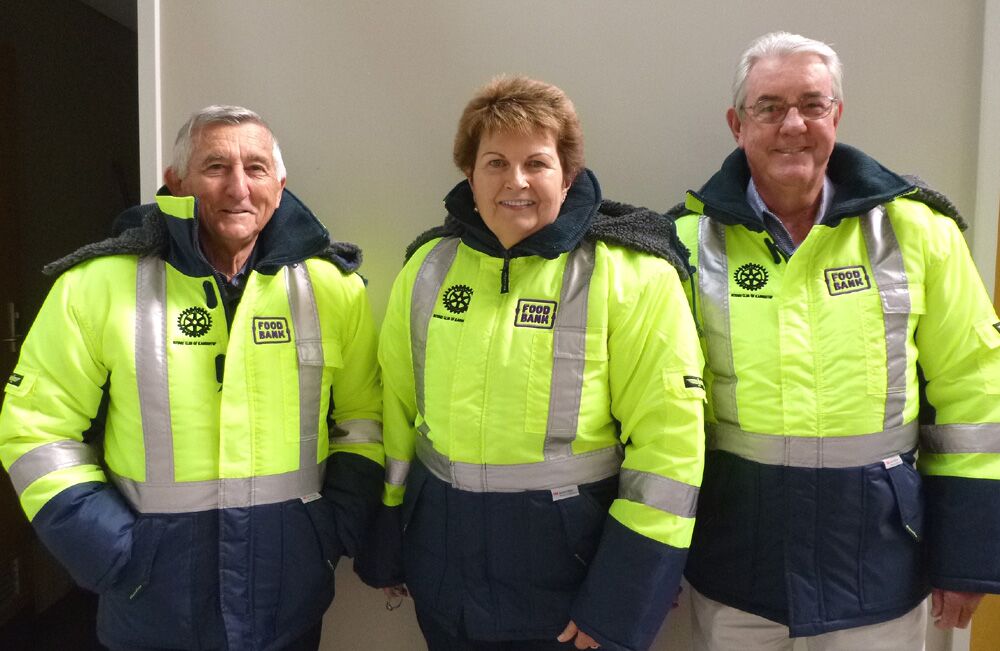 Foodbank is a non-denominational, non-profit organisation, which acts as a pantry to the charities and community groups who feed the hungry.  It is a conduit between the food industry’s surplus food and the welfare sector’s need.  The organisation is massive operating with a staff of approximately 90 employees and over 3,000 volunteers.  It was first established in 1992 in NSW and now has a presence in every state and the Northern Territory with distribution centres in all state capitals as well as a number of regional centres.

The Rotary Club of Karrinyup has had a long association with Foodbank WA having been involved since its inception in the early 1990’s.  Our Charter President, Graham Fosbery, served as a Director during those early years.  He was also instrumental in introducing Past President Barry to the Foodbank Financial committee around ten years ago to provide professional financial services and guidance during a difficult period at Foodbank, when they were growing rapidly.  Barry is still a member of the Financial Committee.

Late last year, when he attended our club to receive our annual donation, Foodbank WA CEO Greg Hebble invited us to visit the new premises near Perth Airport and in March our club enjoyed an amazing vocational visit to the new headquarters.

We were so impressed with the service that the Board resolved to provide additional support for a specific need on top of our usual annual donation and were advised that they were in need of freezer kits to enable employees and volunteers to work safely in the large freezers, which are kept at -18oC.