The RC Karrinyup first came across Lauren when we sponsored her to attend RYLA (Rotary Young Leadership Awards) in January 2013, as part of our partnership with Trigg Island Surf Club, whereby we look to help them develop their young leaders. At RYLA, she met Inbound Rotary Youth Exchange student Robert from Italy, whose Club sponsored him to attend.

Post RYLA, she visited our club and spoke to us about the experience, which she found valuable and helped her to redefine what she wanted to do post school. A qualified First Aid Trainer, she also helped us by manning the first aid tent at our community fairs. Outside Rotary Club of Karrinyup Volunteering, she is a very committed member and trainer at the Trigg Island SLC and she also worked for the Community Radio Station in Ellenbrook, won her schools Caroline Chisholm Award for Community Service, has a Silver Duke Of Edinburgh Award and was a finalist for WA Youth Awards. She has also on occasion helped with the Stirling Farmer Market and facilitated both Lorenzo (Italian Inbound RYE 2013/14) and Erik (2014/15 - Estonia) completing their Bronze Medallions and gaining Aussie Surf Life Saving qualifications during their Exchange years here. 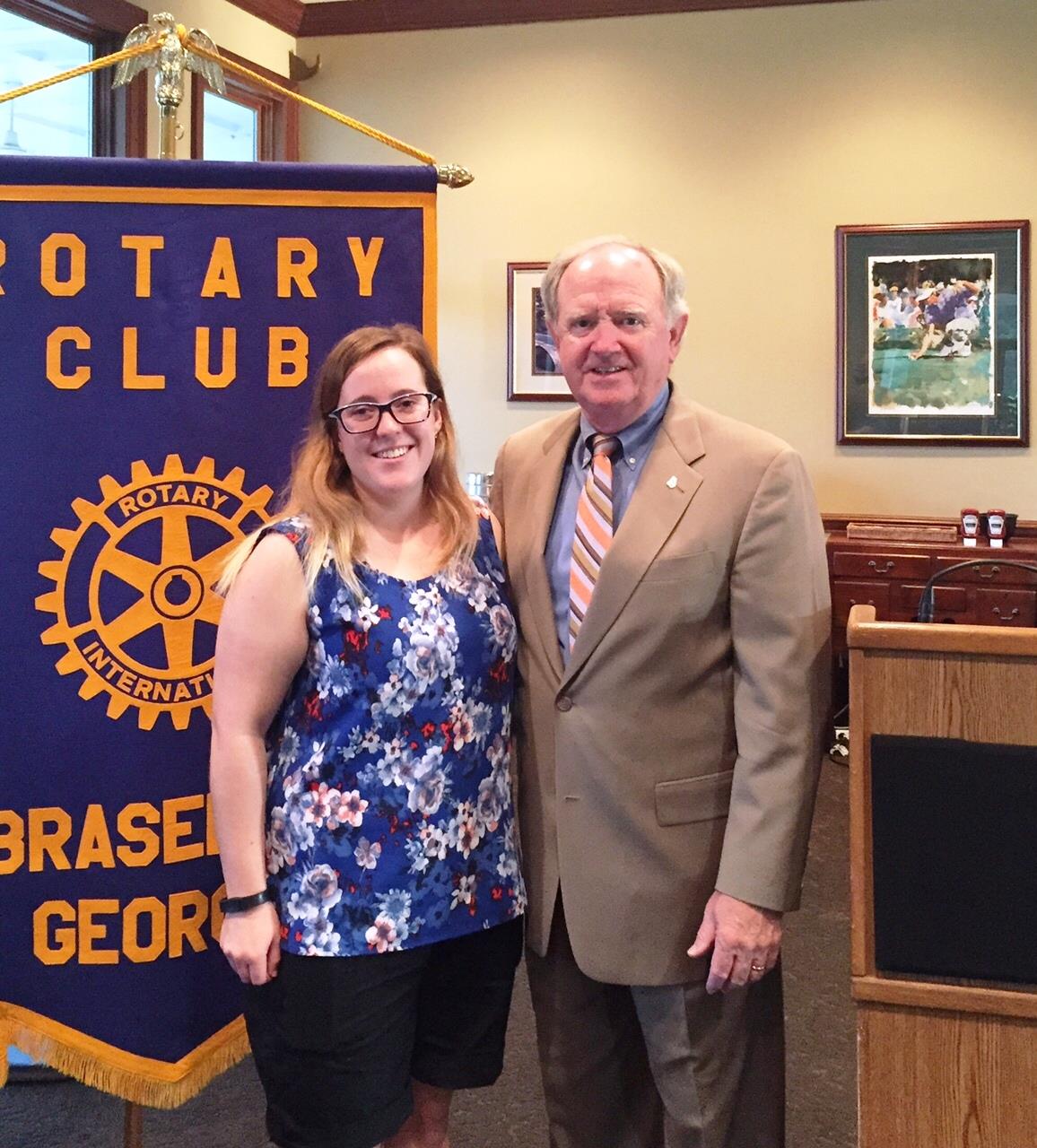 This gave her further exposure to the RYE Program but she thought she had missed her opportunity – until we advised her that perhaps the Georgia Rotary Student Program (GRSP) was a possibility.

Although she toyed with trying for it in 2014/15, she decided to settle herself into her Broadcasting and Journalism course and applied for the program in 2015/16.

Lauren, has almost completed her academic year at Gwinnett College in Georgia, USA, courtesy of Rotary Clubs Duluth and Braselton in District 6910, and during her stay has been very involved with the Clubs, their service, the program and her College – she also edits the GRSP Newsletter. This week the RC Duluth named her a Paul Harris Fellow for the fine qualities she has displayed during her academic year.

She will return to Australia soon and is scheduled to speak to our club (most likely at an ‘away’ meeting at the Trigg Island Surf Life Saving Club – as we hope to make it a GRSP Showcase evening and include other participants as well as other clubs). Our Youth Director, Robyn Cleaver, is also a past participant of GRSP and in August, two further Rotary District 9455 students will depart for this wonderful and life-changing experience.