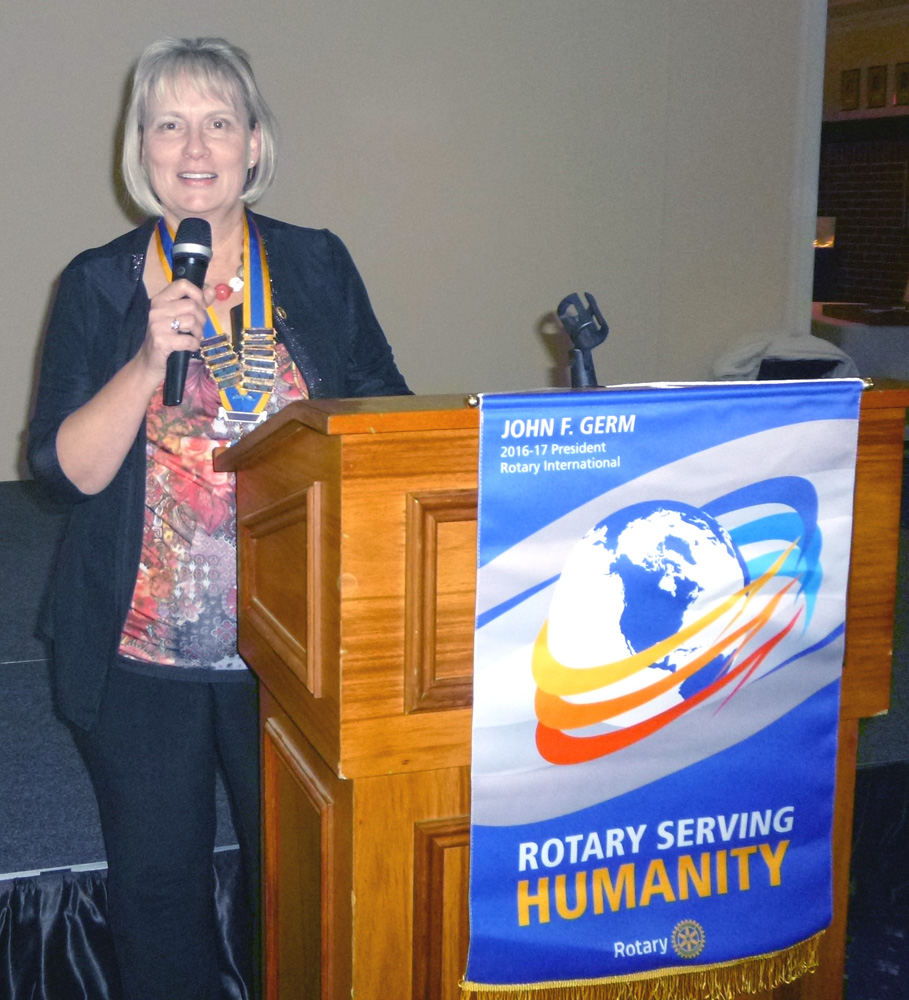 President Heather called President-Elect Trish to the podium and inducted her as the forty-third president of the Rotary Club of Karrinyup.  She stated the club was confident Trish would carry out her tasks with the same zeal she has always shown in Rotary and that she was assured of the utmost cooperation from every one of the members.

She then handed over the Presidential Chain of Office to Heather, congratulated her and wished her a happy and rewarding year.

President Trish then addressed members and guests. She stated that she was incredibly honoured to be asked to lead such a wonderful organisation as the Karrinyup Rotary Club and humbled at the trust and faith that had been placed in her. She said she hoped she will do the position and that trust justice. It is a responsibility she does not take lightly, and she will endeavour to represent the members with both humility and enthusiasm.

Trish stated that she was encouraged to know that the role is largely one of a representative – as there are so many incredible people within the club, who are all doing so much great work. Trish acknowledged all those who have served before her as President of our Club – and in particular outgoing President Heather – who she said has done not only a wonderful job in leading and managing the club over the past twelve months, but also an amazing one in growing it. She felt it was indeed an honour to walk in her footsteps. Trish call upon members to acknowledge the outgoing 2015/16 Board – who, along with the support of members, have worked hard in what has been a very, very busy and successful year.

Newly inducted President Trish then presented her Board of Directors stating that she was fortunate to have many of the existing team carry on for another year.  She said that the Board is already well advanced with the preparation of an Annual Operational Plan and Budget for the first Board Meeting.