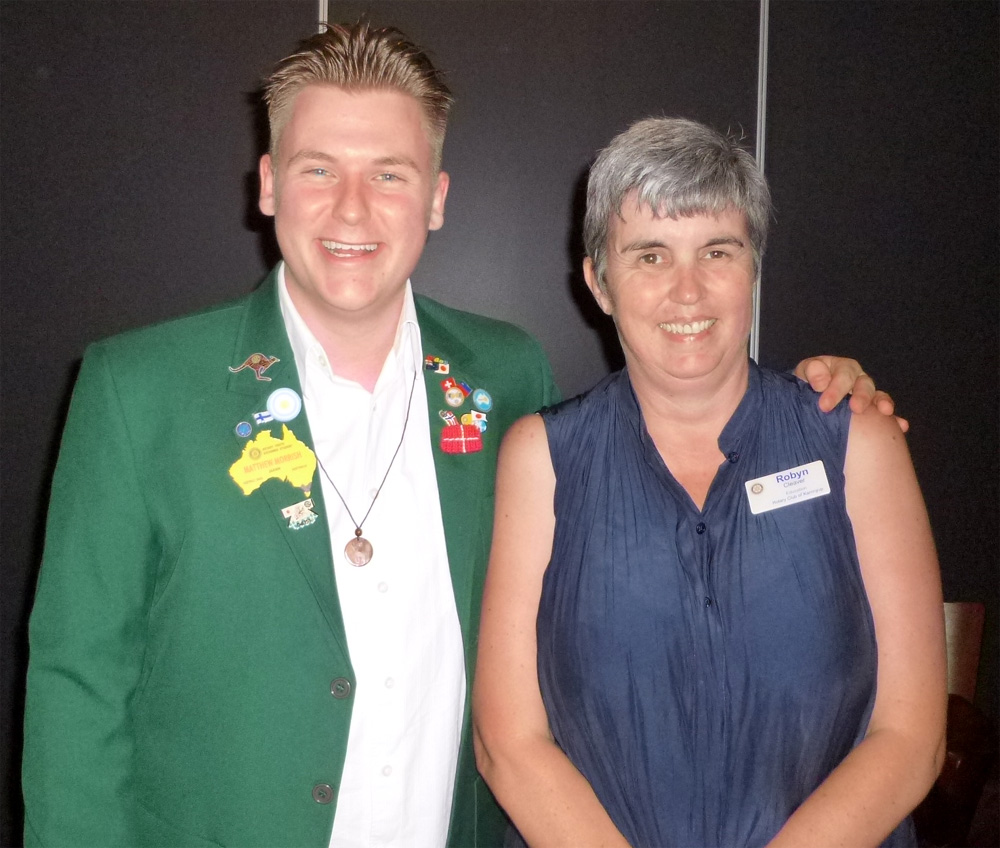 Matt reminded us that he had been present at several Rotary meetings since he was selected last year to enjoy the privilege of travelling to another country through the Rotary Youth Exchange program in 2017. RC Karrinyup has been an ardent supporter of the program for many years.

As of September 2016 he is 18 years old and has lived in Gwelup for most of his life.  He went to school at St Stephen's, Duncraig.

At school he developed a passion for the history of Japan, from the Samurai to the present day.  He will attend the Seinan Gaikun High school in the city of Fukuoka, south of Tokyo.  He hopes to join several clubs, in order to gain new skills, learn about the culture of Japan and make friends.

He needs to learn the Japanese language, because the year 12 schedule has left him too little time to do this before he departs.  Although he has seen himself as a mature individual, he realises that he needs to grow up some more and hopes his time in Japan will help with this process.

He wishes to say a great big thank you to RC Karrinyup, because he appreciates the time, energy, commitment and selflessness of Rotarians who hardly know him.  He gave special thanks to Robyn, Trish and Norm, as well as his parents Kath and Neil.  He also thanked Hannah for many memories to cherish, as well as his grandparents and sister.

He has an interesting feeling of both dreading and looking forward to coming home again, even before he has left.  One day this will just be a memory.  He wished to thank us all for accepting him as our representative.

At the conclusion of his presentation, Youth Director Robyn presented Matt with his Australian blazer. Matt's parents, Kath and Neil along with sister Annie and grandma Shirley were all in attendance to hear Matt's presentation. The club's Inbound Rotary Youth Exchange student, Hannah from Germany is currently staying with the Morrish family.

Matt has now arrived to a warm welcome in his host District. 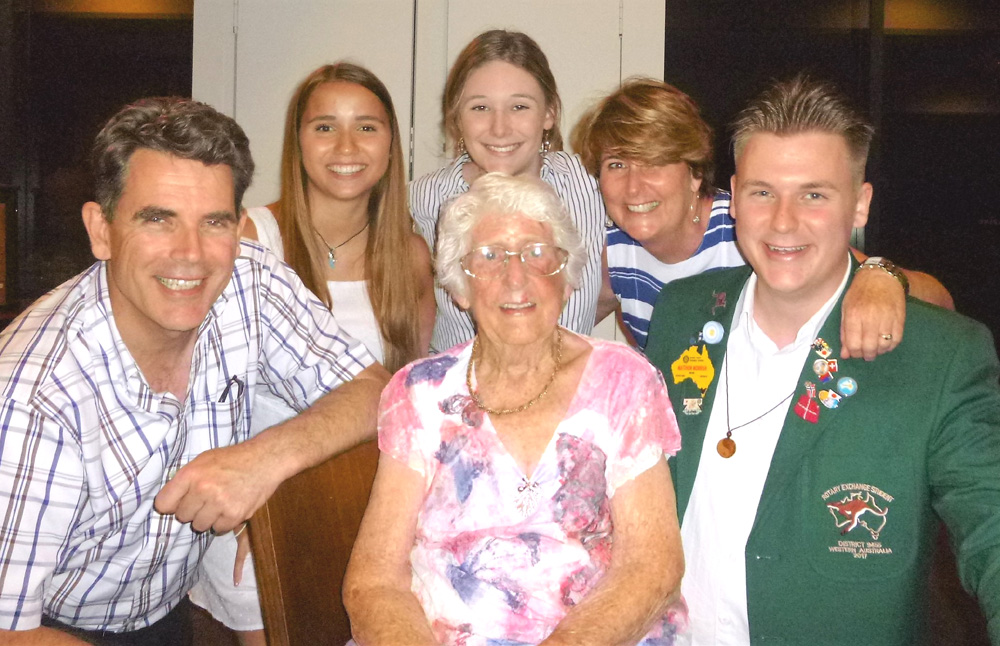