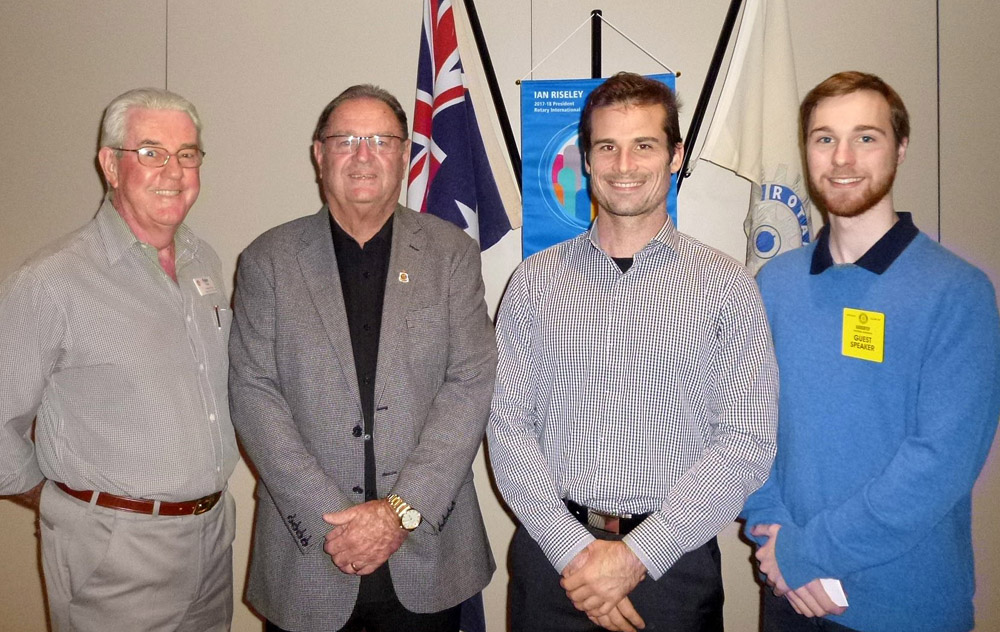 In 2010, the Club received a proposal from anonymous benefactors to fund up to six young people to visit selected sites significant to Australian military history.  It was their intention that the new generation understand the sacrifices that were made so that our country could enjoy the lifestyle that we have today. They requested that the club arrange and organise the project. They could not have envisaged the far reaching outcomes of their generosity. Over the years, the club has used the funds with due diligence and managed to provide life changing experiences to significantly more than six outstanding young people. Sites visited have included Anzac Cove, the Thai-Burma Railway, Kokoda and Poziers.

With the fund now reduced to its final year, the North Beach Sub Branch of the RSL came on board to make up the shortfall for this year's project to Kokoda and a selection panel from RC Karrinyup and the RSL interviewed the applicants, who were required to address the selection criteria. Both the club and the RSL were delighted with David Singer and Drew Sweet as the successful scholarship recipients.

On finishing high school with no specific direction in his life, David Singer enlisted in the Australian Army as an infantry soldier and served in Afghanistan with the 1st Battalion RAR. This gave him a great appreciation of his home and, on his discharge from the army, he enrolled at UWA studying psychology and French. A Red Cross volunteer, he is now in his second year of a medical degree. He is currently vice-president of the North Beach RSL sub-branch. He gave the address at the State Anzac service in 2015 and regularly speaks to children in schools. As a veteran, he has had his own personal experience in the field but in going to Kokoda he hopes to increase his understanding of the hardships our troops experienced in that theatre of war.

While Drew Sweet does not have the personal military experience, he does come from a family with strong military traditions. His father served in various theatres of conflict including Afghanistan as a member of the SAS and Drew grew up fully understanding the dangers. His grandfather also was in the military. He has been involved with Legacy Camps, Scouts and is an avid debater. Drew has travelled extensively, first as the child with his dad's postings and later as an adult. He has visited Europe, Abu Dhabi and more recently Vietnam and London, where he spent time at the War Museums. He feels he has lived much of his life second hand and now, having completed a degree in philosophy at UWA, he intends to travel to experience it for himself. Kokoda is a step in that direction.

North Beach RSL Sub Branch president Paul McGuinness said he could not be more proud of these fine young men, who are worthy recipients of sponsorship to undertake the Kokoda trek. At RC Karrinyup, we feel the generous benefactors would agree.