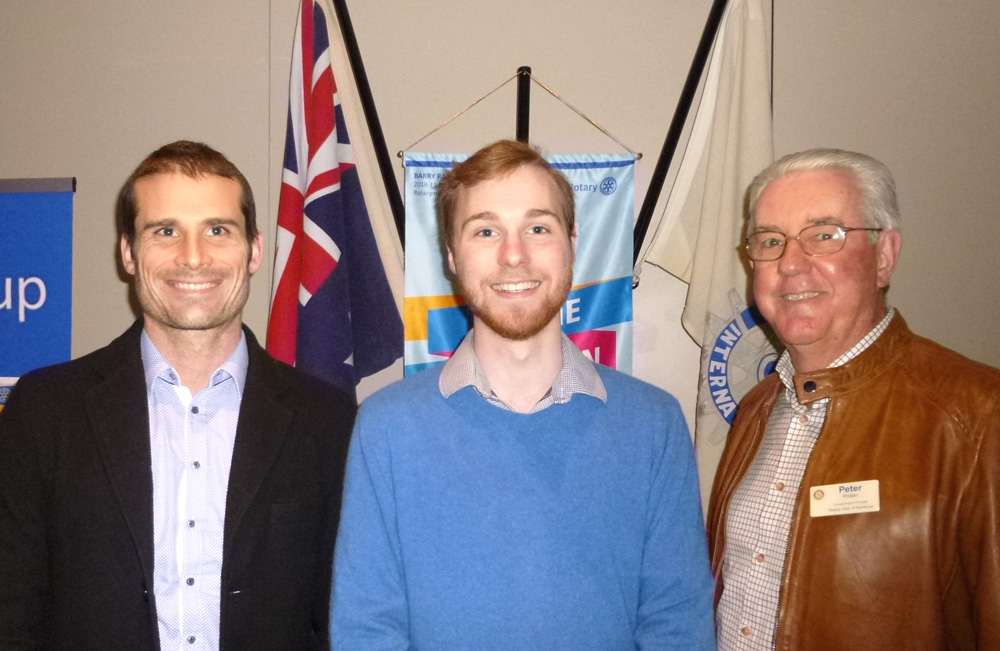 Under the Hammond Benefactors' trust and in conjunction with North Beach RSL Sub-branch, RC Karrinyup sponsored two young West Australians to participate in an organised commemorative tour of Kokoda in June. The applicants were required to demonstrate a genuine interest in Australia’s military history. At the Rotary club meeting this week, David Singer and Drew Sweet told us why they embraced this gruelling undertaking, their experiences of the trek and how it changed their understanding of their place in the world.

David kept a journal while Drew made a video diary, parts of which they shared. They told us that the eight day walk, as part of a group of twelve trekkers, began with a visit to the Commonwealth War Cemetery in Port Moresby (Bomana). Accommodation for each night generally consisted of frame buildings, where they set up their camping gear. Mosquito nets were essential.

The terrain was very rugged and steep, especially where they were crossing the Stanley Ranges with its rushing rivers. Sometimes they were above cloud level in the mountains. Remnants of shells and other debris, clearly visible along the trail, served as reminders of the war. Drew and David carried their own packs containing all their camping gear. Other people in the group utilized the services of the porters, who were described as extremely fit.

At the war memorial far above Kokoda Village, the group participated in a short service, where David read the Ode and Drew read a poem. They found this an incredibly moving experience.

David felt he had learned quite a few lessons on this trek.  He had spent time in the military in Afghanistan, where he first realised what a wonderful life we enjoy in Australia. He said he would always remember:

Drew found the experience very humbling and a great honour to walk in the footsteps of those who had gone before in order to preserve our freedom. He felt he had changed as a person and now had a better understanding of his place in the world.

Both David and Drew expressed their gratitude to the RC Karrinyup and North Beach RSL Sub Branch for making this incredible experience possible.