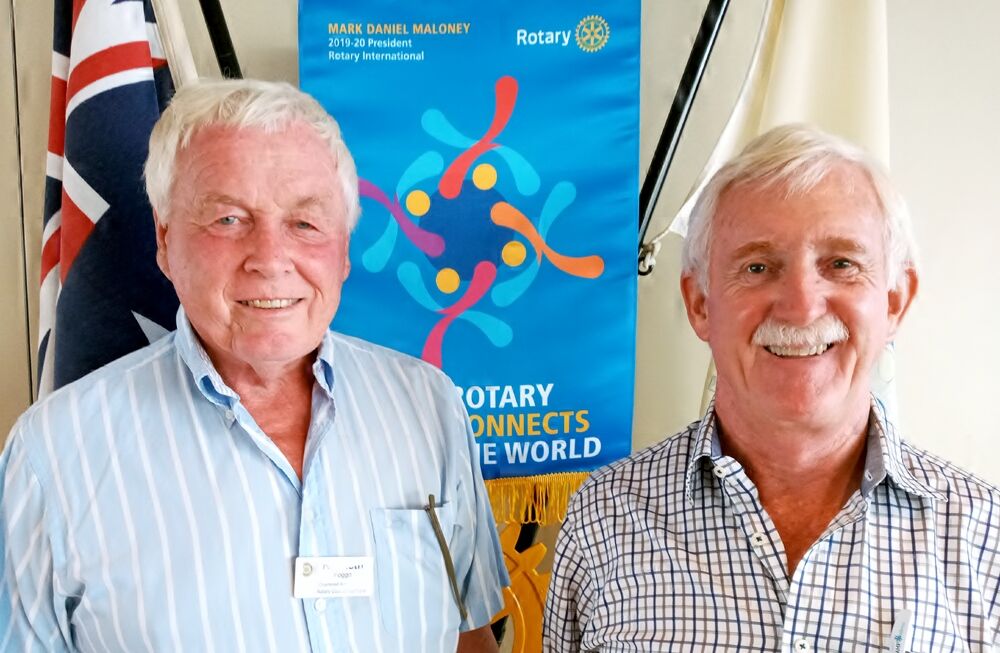 International Director Ken Foggo introduced David Tucker, a member of the Rotary Club of Crawley and a driving force behind “Bicycles for Humanity WA” (B4HWA). The organisation, which is a new recipient of our charity funds this year, collects old bicycles, repairs and refurbishes them and then transports them to communities in need both in Africa and to communities in remote WA.

Bicycles for Humanity started in Canada and now has 24 chapters around the world. The B4HWA chapter was established in 2011 to address the fundamental barriers to development and healthcare in rural Africa. To date, they have delivered 15 containers filled with over 5700 bikes to small communities in Namibia, South Africa, Uganda, Kenya and Zambia.

B4HWA has also supplied bikes to schools in remote aboriginal communities across Western Australia. These bikes are used by schools in their broader health and retention programs. They responded to a request from the police in Laverton in remote WA to provide 100 bikes as a means of engaging local kids and keep them out of trouble. A regional hub has been established in Geraldton.

In addition to supplying bicycles, B4HWA also provides training to establish repair facilities and provide a means of starting a small business for locals.

While B4HWA is run by volunteers, there are costs involved as some items on bikes must be replaced with new equipment.  Each container of 420 bikes shipped to Africa requires a huge volunteer effort and about $10,000 of funding.

People can help by:

Anyone wishing to learn more or volunteer time, money or bicycles, can contact B4HWA at https://b4hwa.com/contact-us/.

In wrapping up his presentation, David thanked the Rotary Club of Karrinyup for the donation in support of the project and told us the money would go go towards the cost of the next container to re-supply Bicycle Empowerment Centres in Namibia. Peter Polain also suggested the Karrinyup Community Men's Shed would be a good drop off point.