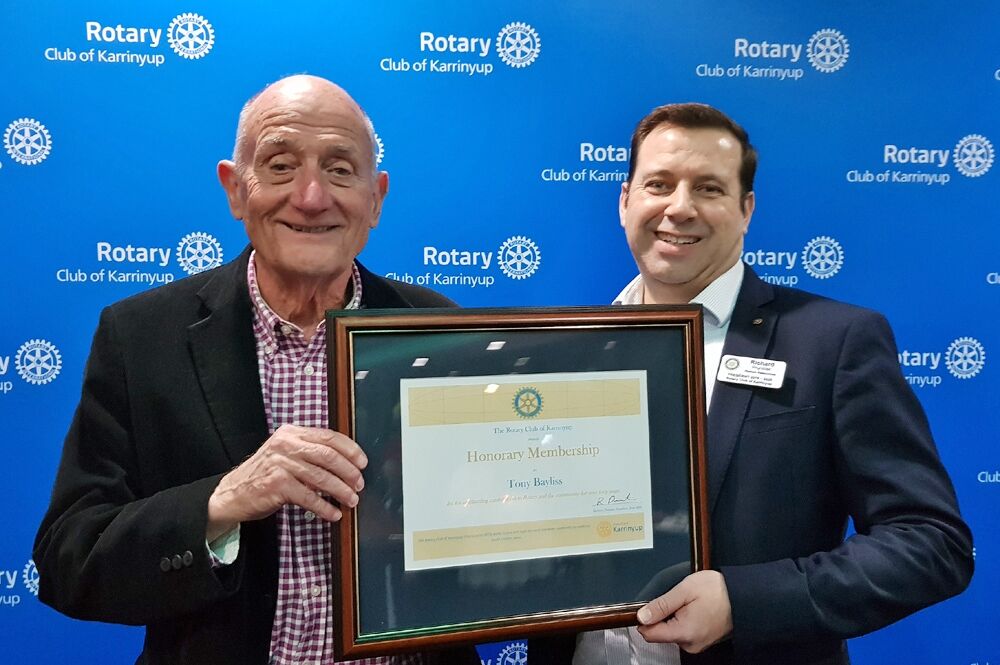 During his many long years with us, Tony has served the club in many different capacities including:

Tony brought the values of academic excellence to the Rotary Club through his UWA Degree in Mechanical Engineering, Life Membership of the Royal Perth Yacht Club and through his father Noel, who was the 1927 Victorian Rhodes Scholar, Professor of Chemistry at UWA, Emeritus Professor of Chemistry. Together with his late wife Janet, who passed away suddenly in 2013, Tony was very active in the Rotary Club social life.

Stuart called on President Richard Prunster, who thanked Tony for his many years of service and was delighted to present him with Honorary Membership of the Rotary Club of Karrinyup. Richard mentioned that, as the second youngest member of the club, he was in awe of Tony, who had been a club member since before he was even born!