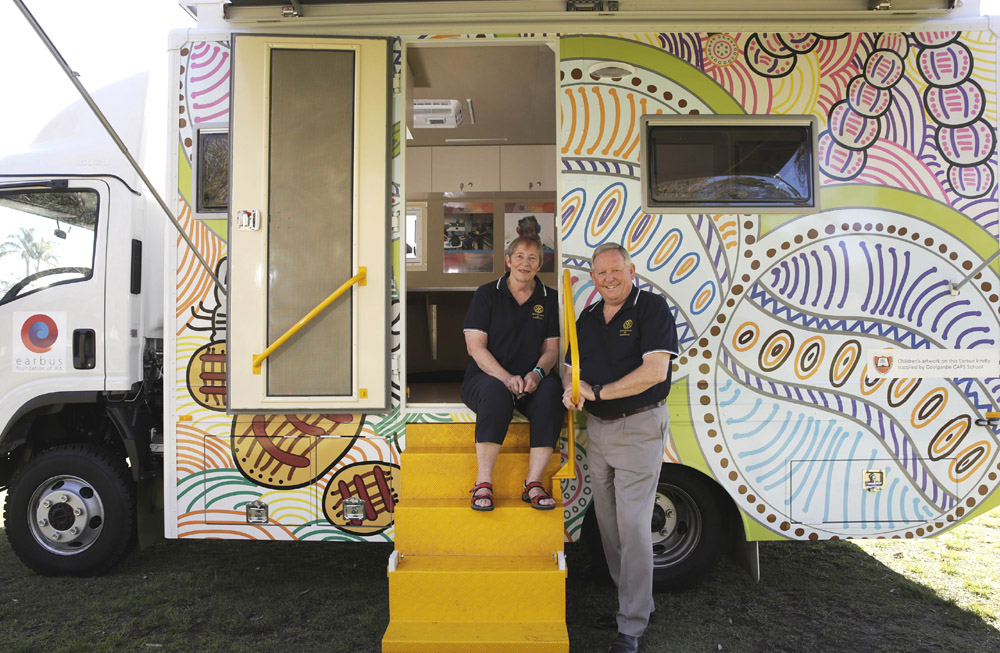 Many people, and particularly Rotary Clubs throughout Western Australia, are familiar with RC Karrinyup's major 40th anniversay project, the Earbus, which was designed to work in the Kimberley region of our state.

The purpose built vehicle was completed and handed over to the Earbus Foundation in April of 2017 and has been hard at work in the Goldfields and other areas ever since.

Under the WA Country Health Service, the State Government has committed to providing $2.7 million over three years to expand the Earbus program.

A key election commitment, the Earbus program, to be delivered by the Ear Foundation WA (EFWA), offers mobile ear health clinics to Aboriginal children in schools, day-cares, kindergartens and playgroups and works with local primary healthcare services to connect the community with general practitioners, audiologists and ear, nose and throat (ENT) specialists without duplication.

The Earbus program is now ready for expansion in the Kimberley, and will be acknowledged with an official launch to be held on Friday 18 May 2018. Ms Josie Farrer MLA, Member for Kimberley, will be representing the Deputy Premier for the launch.

For RC Karrinyup the Earbus has finally 'come home' to work in the land for which it was intended.